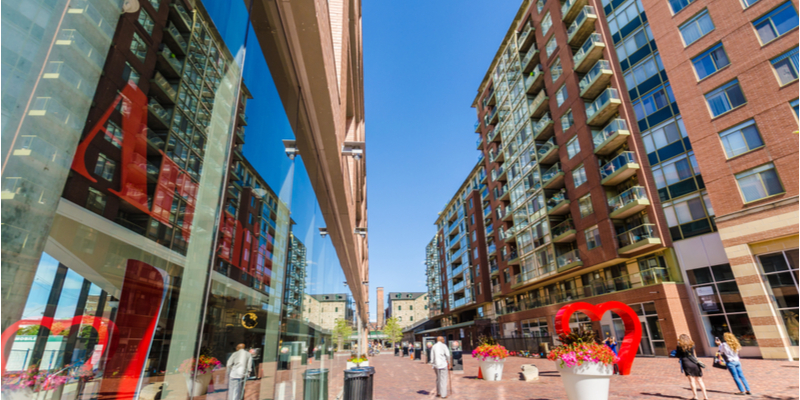 Today, a number of historic brick buildings stand tall and proud in Toronto, as well as all throughout Canada. To properly restore a historic building, it’s important to understand the history and construction process behind Toronto’s oldest brick buildings.

A historical building is considered historic for several reasons including environmental, historical and architectural reasons. Looking back at the history of brick in our country highlights the interesting changes that have taken place over time.

By the late 1800s, brick was one of the most popular materials for domestic buildings in Ontario. Prior to this time, it was rare to see brick used in many parts of Canada. According to Canadahistory.com, brick accounted for just fourteen percent of the total buildings on record.

It wasn’t until after the mid-century that bricks became more readily available, spurring the popularity of their use in both commercial and residential buildings in Toronto. By 1880, few homes were made of stone.

Since brick homes were made a little later in history than stone homes, we can see a wider range of style when we look at historic buildings today. Their style in the early days often mirrored the look of contemporary stone or frame houses, and for the most part were end-gabled with a symmetrical façade, centre door, chimney and a gable over the front door with a decorative window.

As we move further along in history, post-mid-century, we begin to see a change in the design of brick homes in Canada. They were more likely to feature a gable-fronted style, L-shaped plan, and a partial verandah. In some cases, homes also featured a bay window, as well as a hip-roofed design and Italianate detailing.

Then, there came the frame house, which relied on more sawn lumber and fewer log beams. Masonries began constructing walls of wood and using brick facing instead of solid brick homes. The brick facing was often made up of two or three layers of brick. It became difficult to determine if homes were made with two or three layers of brick and this information was largely dependent on homeowners’ knowledge about the construction of the home.

The majority of brick homes built in the 1860s, and prior to that time, included two layers of brick.

The earliest brick homes were fashioned from locally made bricks, as there were many brickyards throughout the area where quality clay was sourced. There was a large variety in brick sizes used to construct homes – some were larger while others were smaller.

As far as coloring was concerned, the earliest bricks tended to take on a light red hue, some even bordering on pink, while others were orange cast. At this time, it was also common to see yellow or buff-colored bricks, but they were usually only used around the door or window trim.

In parts of Canada, there were buildings with alternating red and yellow bricks used throughout the entire structure of the home. It is less noticeable than you might imagine because the colors are subtle and used in a consistent pattern. Examples of this can be seen on the John “Survey” Burchill home, as well as the Gothic Revival house built in 1858 and located in Wolford township.

Preserving historic brick buildings takes special care and consideration, as well as a deep knowledge about past building tactics. Even the smallest mistake can result in an issue that degrades the quality and stability of a structure.

At Turnbull Masonry, we specialize in restoring and repairing historic masonry buildings so that they maintain their natural beauty while withstanding the elements for many years to come. Learn more about historic restoration in Toronto